The Characteristics Of Award-Winning Wine: Lots Of Sugar And Alcohol
By News Staff | September 27th 2019 10:36 AM | Print | E-mail

Award winning wines tend to have high ethanol and sugar levels. according to a recent paper in the Journal of Wine Research that sought to know what characteristics were prevalent in the wines that won the top awards at an international wine competition.

They crunched several years of data from the Mundus Vini Challenge, which is held twice a year in Germany, and found that large wine challenges tend to favor wines with high alcohol and sugar levels. Flavors often associated with sweetness, including exotic fruits in white wines and dried fruit and spiciness in reds, also increase the chances of winning top prizes.

That may be why white wines with tones of acidity and astringency and red wines of green/vegetative and red berries tended to not receive the top awards. 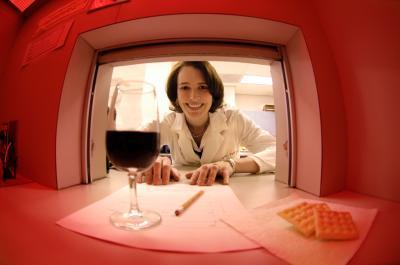 But simply making the wines sweeter, or less vegetal, won't be enough.

"Complexity and harmony are hard to define," said Carolyn Ross, Washington State University professor in the School of Food Science and an author on the paper. "According to the data, you may want to add more exotic fruits, or spiciness. But that may have an impact on the broader attributes of the wine."

Wine awards can have a huge impact on marketing, so competition at prestigious international events is fierce.

"Some people will decide between two different wines just because one has an award sticker on it," Ross said. "There's a major positive impact for a winery."