The Neuroscience Reason Some Can Identify Smells Precisely And Others Have A Harder Time
By News Staff | July 29th 2020 11:10 AM | Print | E-mail

News Staff
When we talk about sight or hearing, the mechanisms that lead us to distinguish two colors or two notes have been well-established and translated into practical use. For example, we know which wavelength will appear red and which frequency will make us hear a G note.

We have not made similar progress with smell; we are not able to say how a molecule smells just by looking at its chemical structure.

A new paper examines the brain processes involved in the continuous flow of information arriving from our sense of smell.

Some people have trained their thinking to understand the secret code of smell. A trained chef will know if a dessert uses lemon or lime, two fruits producing odorous molecules perceptively similar, but that are chemically different. Someone less well versed in the code of smell will just know it is generally citrus. 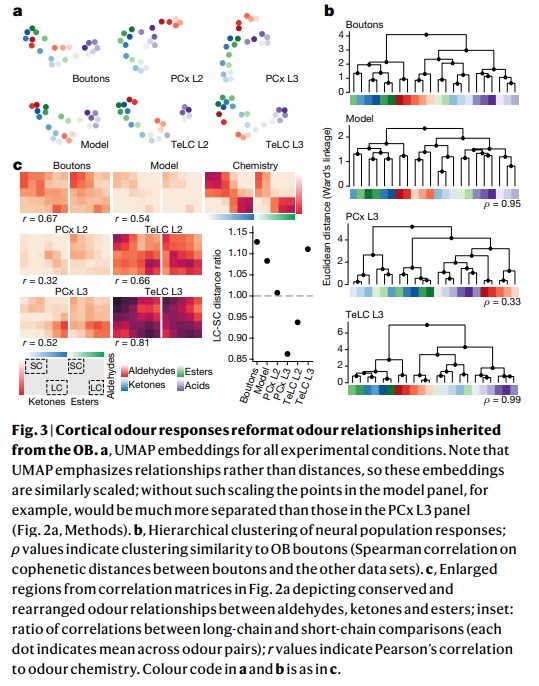 The new study identified the tricks used by the brain to discriminate and generalize odorous molecules having chemical structures with various levels of similarity. They saw that the sensory neurons in the nose capture the odorous molecules, analyzing them almost like chromatographs, machines that precisely describe the chemical differences between molecules. But such precision only concerns the first "door" for the odors' recognition, namely the nose. Something changes when the information collected and processed by the nose arrives in a more central structure of the brain, called the olfactory cortex. At this stage, the odors' descriptions begin to "get personal", and they no longer respect chemical differences.

This is where memory comes into action. The new similarities described in the olfactory cortex are less about the chemistry and more about the subject's previous experiences. For example, if our nose is scenting an ethanol molecule and an octene-3-yl acetate molecule, our olfactory cortex simply registers the scent of a gentian schnapps if we have drunk one before.

Past experiences modify the way the neurons of the olfactory cortex exchange the chemical information they received from the nose - which could lead to a true artificial nose.
News Articles
More Articles All Articles
About