Josh Bloom
I really need to quit starting all of these things with "just when you think..." because I'm starting to sound like a cliche.
But sometimes, there are just no alternatives. My apologies.

Because just when you think things can't get any (stranger, dumber, crazier...) something like this comes around. I seriously doubt I will need to use the cliche again. This cannot be topped. It's impossible. Just like the "science" that is behind it.

At least there some good news: The vegans in Britain are sure gonna be happy, since the country won't be eating much meat. Thanks to a bunch of fine minds on the European Commission, sick cattle will no longer be treated with medicine. Nope—just homeopathy. I don't think the cows are gonna as happy.

It has been studied to death. And the results are always the same: I don't care.

There is nothing that can't be studied. And there is nothing that can be definitively disproved, no matter how stupid or impossible. I know for a fact that If I put a bottle of sulfuric acid in my vegetable crisper for a week, during which time I do nothing but and sing Don Ho songs with a deviled egg balanced on my head, it is not going to be nitric acid when I take it out.

I'm more concerned about the poor cows. The following should illustrate their fate, thanks to the brainiacs in the EU.

Both Steve and Mervin were unfortunate victims of bacterial infections. Mervin was treated with antibiotics, however, Steve, never blessed with much luck even on a good day, got water that used to have one molecule of an antibiotic dissolved in it. The results speak for themselves;

Since homeopathy is based on the premise that even when something is gone, a memory of it remains, it stands to reason that this technology could be implemented in other ways. For example, why bother to waste grass feeding all those cows, especially since most of them are gonna die anyway from infections anyhow? The answer is staring you right in the face—homeopathic grass.

But this didn't work out so well either:

Things could still be OK. Maybe if we are lucky, someone will come up with a homeopathic cow. 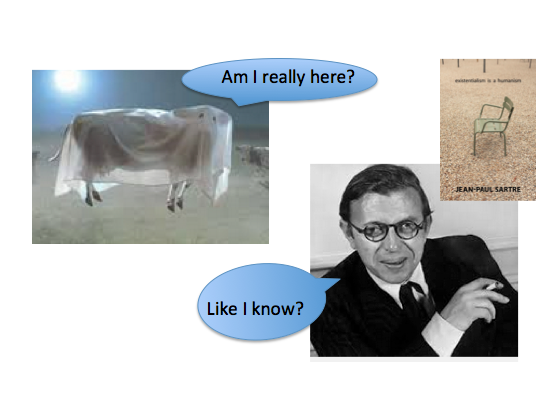 Even if the cow doesn't work out, just stay calm. It's not that bad. Don't forget that the Brits absolutely love their fish and chips. 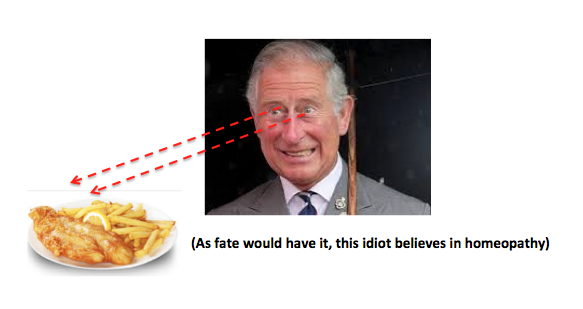 Unfortunately, the Brits also love to swim in the sea. Which brings up an unfortunate problem: