Vermont recently passed a law putting warning labels on GMOs, but they made sure to have lots of important exemptions - restaurants were exempt, any prepared food was exempt, alcohol was exempt - and milk from cows that had GMO feed also don't need a label.

Organic bread made from wheat that was milled (which is to say all of it) cannot be "natural" but milk from cows that ate GMO feed can still be "organic"? Scientifically, of course it can be organic, but it also helped that Gary Hirshberg, the big name behind the Just Label It campaign to stigmatize GMOs, is co-founder and Chairman of Stonyfield Farm corporation, a $300 million organic yogurt company that uses powdered milk imported from 9,000 miles away on emissions-belching ships, and they would like to continue to buy Vermont milk closer to their state-of-the-art industrial plant, as long as it could technically be considered not-GMO.

Legally, Vermont made sure it is.

Scientifically, it always was.

A new analysis from the University of California Davis reviewed almost 30 years of livestock-feeding studies covering more than 100 billion animals and found that, though modern biology confuses Whole Foods shoppers, cattle are just fine with it: after 18 years of eating genetically-engineered food. there has been no difference. 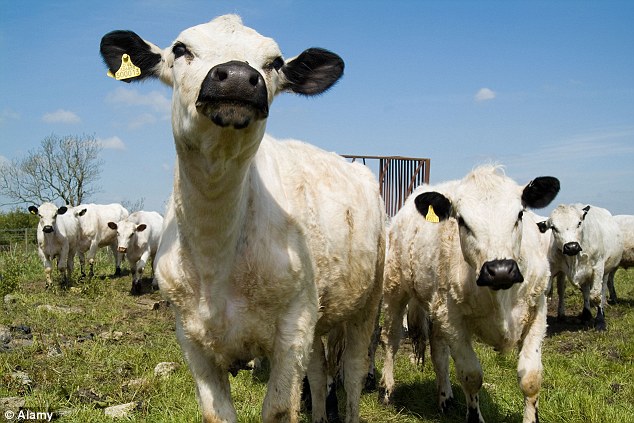 Don't hate me because I accept science. Credit: Alamy

The cows are identical, the milk is identical, meat from steers is identical. The sample size is huge, there are 9 billion new food-producing animals per year, and 95 percent of them consume genetically engineered ingredients.

The review found that the performance and health of food-producing animals that have consumed genetically engineered feed, first introduced 18 years ago, has been no different than animals consuming non-GE feed. The study also found no differences in the nutritional makeup of the meat or milk derived from animals that ate GMOs.

"Studies have continually shown that the milk, meat and eggs derived from animals that have consumed GE feed are indistinguishable from the products derived from animals fed a non-GE diet," lead author and U.C. Davis animal genomics expert Dr. Alison Van Eenennaam said in their statement. "Therefore, proposed labeling of animal products from livestock and poultry that have eaten GE feed would require supply-chain segregation and traceability, as the products themselves would not differ in any way that could be detected."

With next-generation genetically engineered crops coming soon, it's time to synchronize the regulatory framework across national borders. E.U. Science Advisor Dr. Anne Glover says her goal is to make Europe more like America when it comes to accepting science, and harmonizing the policies of feed-importing countries with exporting providers is a necessary first step.