Edit - please see new article -
Could A Fire Have Caused The Loss Of MH370?

There has been a great amount of idle speculation and misinformation about the missing flight MH370 in the media and around the web.  Much of the news story has been colored by idle speculation bordering on xenophobia regarding the stolen passports.

That is no way to solve a puzzle. 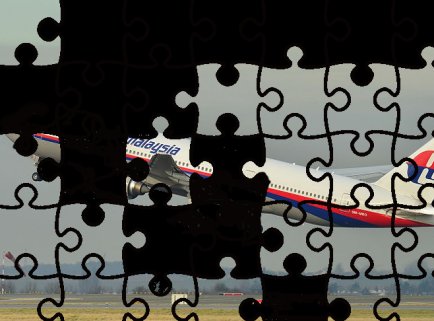 The best way to solve any puzzle is to separate the available information into what is known, what is probable, what is plausible and what is mere speculation.  This may be compared to a well-known method for solving an ordinary jigsaw puzzle.  We know that there are four corners, so we identify those pieces first.  These pieces form what may be called the four anchor points of our solution.  Next we identify all of the edge pieces and place them where they appear to belong.  We now have a boundary  or frame for our solution.  Next, within that boundary we place pieces which seem to match the general color and pattern scheme of a roughly defined area.  As the puzzle nears completion we find pieces linked to each other and to the edges.  This may be regarded as an example of a chain of evidence.  The final step is, of course, to fill in the blanks.

Our real life puzzle - the disappearance of flight MH370 can best be solved, if at all,  by the application of logical, scientific steps.  We first need to separate out and categorize the pieces of the puzzle.  The first category, the anchor points,  consists of what is known to a high degree of certainty.  Next we seek out what is probable and use that to define the boundaries of our solution - the edge pieces.  Next we look for what is plausible, clusters of pieces of the puzzle which seem to be part of a self-consistent pattern.  Only then should we look at what is merely theoretical - all the other bits of the jigsaw.


Some Anchor Points - what we know.

We know, to at least a reasonable degree of certainty that the first indication of a problem arose when flight MH370 reached the IGARI waypoint at FL350 (35,000 feet).  From Wikipedia -

The flight departed from Kuala Lumpur International Airport on 8 March at 00:41 local time (16:41 UTC, 7 March) and was scheduled to land at Beijing Capital International Airport at 06:30. It ascended to its assigned cruise altitude of 35,000 feet (10,600 m) and was travelling at 471 knots (542 mph; 872 km/h) when it ceased all communications and the transponder signal was lost. The aircraft's last known position was 6°55'15?N 103°34'43?E
. This location corresponds to the navigational waypoint IGARI, at which the aircraft was due to alter its course slightly eastward.

It is reliably reported that the last voice contact - "all right, goodnight" -  was when the plane was entering Vietnamese air space.

Contact was lost when the plane had just reached cruise altitude at a way-point where, in the normal course of events, it would likely have altered course to the right.

As to the condition of the plane, it may be significant that the plane had suffered substantial damage to one wing in a runway incident and that this had been repaired. 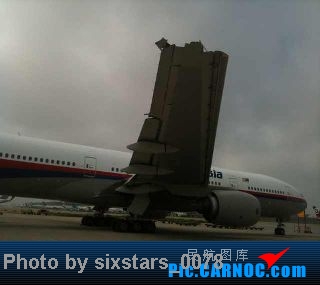 We know about the stolen passports.  Too much has been made of this in the media.  On any given day there will be very many people traveling with bogus documents.  Most will be asylum seekers. If a person using bogus documents to reach a safe haven is a terrorist then so were many of those brave allied POW escapees in WW2.  The probability that MH370 was hijacked or brought down by terrorists is, in my view, exceedingly low.


Probable causes of complete loss of communication and radar contact.

Catastrophic disintegration over water creates a widespread debris field with a large number of small floating items.  No such debris has been found at or near the last confirmed location, by any air or surface search team.

Cabin depressurization not leading to catastrophic failure would not account for complete loss of communications.

One event which can incapacitate the crew and leave them unable to communicate is an unintended maneuver which creates G forces high enough to render a person unconscious but not high enough to cause the plane to disintegrate.

An oil rig worker may have observed the last moments of the plane from a distance.

Some villagers from Marang may have heard the engines of the lost plane.

Those three pieces of evidence all point to a sea area not too far from the last know position of MH370.


Putting the pieces together


If - I repeat, if - the wing repair is a factor, then a major change in distribution of the forces on the wing might be the final cause of failure.  A change from climbing flight to level flight, together with a change in thrust and a change of course are certainly possibilities worthy to be considered.

There is a possibility that MH370 may have entered into a flat spin.  A flat spin would easily render the crew unconscious even more rapidly than loss of cabin pressure.

A flat spin over water would either end in a lesser impact than most other uncontrolled descent modes or disintegration could occur more slowly than usual, or at a relatively low altitude.  Either way, there would be a relatively small debris field.  The plane may even have remained broadly intact.

A flat spin entered during a turn may have a lateral component which could place the impact site tens of miles from the waypoint.

I do not pretend to know what happened to MH370.  All I can say is that planes have been lost before due to inadequate repairs and that, in my submission, none of the vague theories "out there" hold water.

Reference:
A very professionally written analysis of the wing repair as a possible factor in the loss of MH370 was posted on the PPRUNE forum.  It appears to have been largely ignored by the media and the bloggersphere.

The mid-span of this pylon-to-tip distance was where the 777's RH wing was torn off. Not just damaged or dented, but TORN OFF. Did Boeing replace the entire RH wing? No it didn't. That starboard wing was "repaired".
...

When would such a culminating inflight failure be most likely? Possibly while the aircraft was still at its heaviest and on encountering clear air turbulence at or near top of climb (or whilst accelerating to cruise Mach). Would that be its most vulnerable point? If that repair gave way, (as most inadequate or improper wing repairs eventually do), what would be the sequence of events? Remember that up until the point of failure, the gust alleviation system would have been disguising (and even moderating?) any signs of imminent failure. In my opinion any such failure in turbulence would be in a DFDR identifiable two parts - firstly the progressive failure (over a few seconds) of primary structure (wing spars and internal bracing buckling as flight loads quickly transfer to inferior sub-structure) - and then the rapid deterioration of the scenario as the secondary structure failed under the increased loadings (the secondary structure being the wing-skin -as the skin does assume much of the inflight loading). As the wing folded, the aircraft would begin to roll to the right quite rapidly (at circa 180 - (increasing to about) 360 degrees per second - around its fore-aft axis). The pilots would be out of the equation at this point - as the aircraft spiralled rapidly down. However there are reports of a garbled transmission. This is likely to have been during the first phase of failure as the pilots became aware that something was happening. However they are unlikely to have discerned that the wing was slowly folding.... or rapidly losing its structural integrity.

Flat spin - the plane that landed itself.