The losses of AirAsia QX8501 and Malaysia Airlines MH370 are tragic.  I hope that the relatives may find some comfort in the knowledge that their loved ones will have a lasting monument in improvements in air safety and in improved knowledge of our planet's oceans and climate.

As a direct result of the loss of MH370 a large scale ocean-floor survey was commenced, leading to almost daily discoveries of scientific importance.

Fugro Equator completed bathymetric survey work in the search area on 17 December and returned to Fremantle to be mobilised for the underwater search. To date, around 208,000 square kilometres have been surveyed. 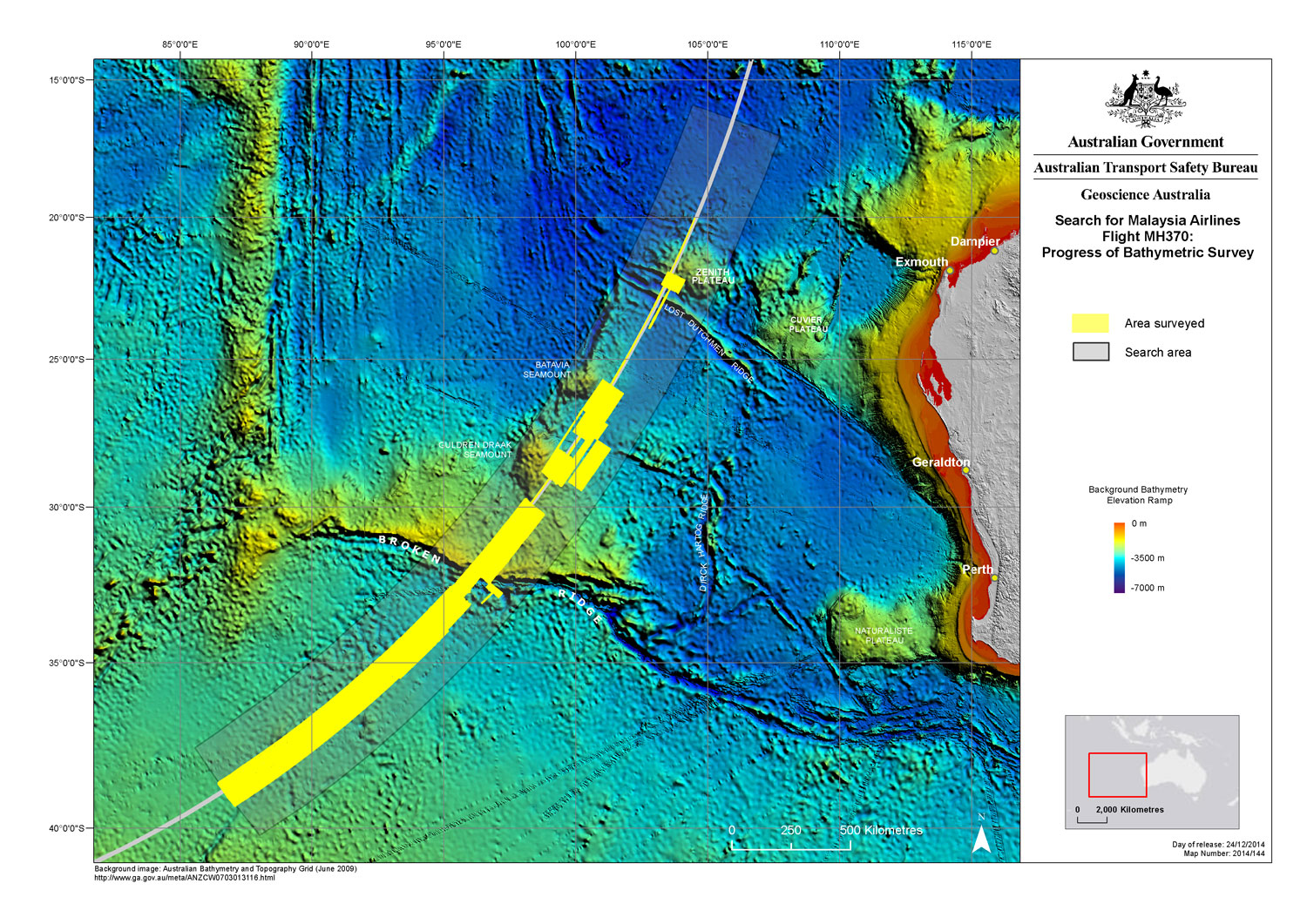 In the case of flight QX8501 the sea bed in the search area is fairly well charted, but the currents are the subject of ongoing studies.  Currents are classified by their causes.  Ocean currents, of which the Gulf Stream is perhaps the best known, are driven by thermohaline circulation.  Perhaps best known to sailors is the tidal current.  As the level of water rises in one place and falls in another, a volume of water must of necessity be drawn  to the higher level.  The strength of the resulting current depends on local conditions and depends in particular on water depth and the form of the coastline.  Currents may also be induced by wind: as the wind blows it piles up the water along its path.  The greater the path length, or fetch, the greater the height to which water is raised.  Strong, sustained winds can cause water levels to rise to such a height as to overtop flood defences, as happened in the 1953 North Sea floods.    Winds can operate alone or in combination with heat.  For example: wind-transported surface waters can transfer heat across a body of water.  Conversely, heated water can trigger winds as in the El Niño Southern Oscillation (ENSO) / Walker circulation.

The major current through the search area carries from 1 to 2 Sverdrup (million m3/second) from the South China Sea to the Java Sea.  Superimposed tidal currents lead to local variations in current strength, as also currents generated by local storms.  Diving teams have reported currents of about 4 knots in the area where the tail was discovered.  Such a current poses very great difficulties for free divers, being sufficient to carry away any free-swimming diver or carry them into jagged metal.  The current is ever-present, so the divers cannot wait as they would in the case of a tidal current.  That is why recovery teams decided to lift the tail section entire.

There is a complex system of currents in the South Asia Archipelago.  It is of great importance to many, not just oceanographers, because these currents can teach us much about El Niño and the Asian monsoon.  These phenomena are important to food production amongst many other things.

A truly unique part of the ocean's geography is the seas of southeast Asia, with such exotic names as the Java Sea, the Sulu Sea and the South China Sea. What makes these seas so fascinating to the oceanographer is their archipelago arrangement, stretching some 2800 miles from Australia to southeast Asia. The multitude of Islands of the Philippines and Indonesia constrain the ocean into a configuration of narrow passages and seas, of varied sizes and depths. Archipelago arrangement represents a challenge to our understanding of ocean processes, as needed to properly simulate ocean and climate models. Yet we need to get it right, as through these southeast Asian seas tropical Pacific water weaves its way into the Indian Ocean, in what is referred to as the Indonesian Throughflow (ITF), affecting the characteristics of such well known climate phenomena as El Niño and the Asian monsoon. 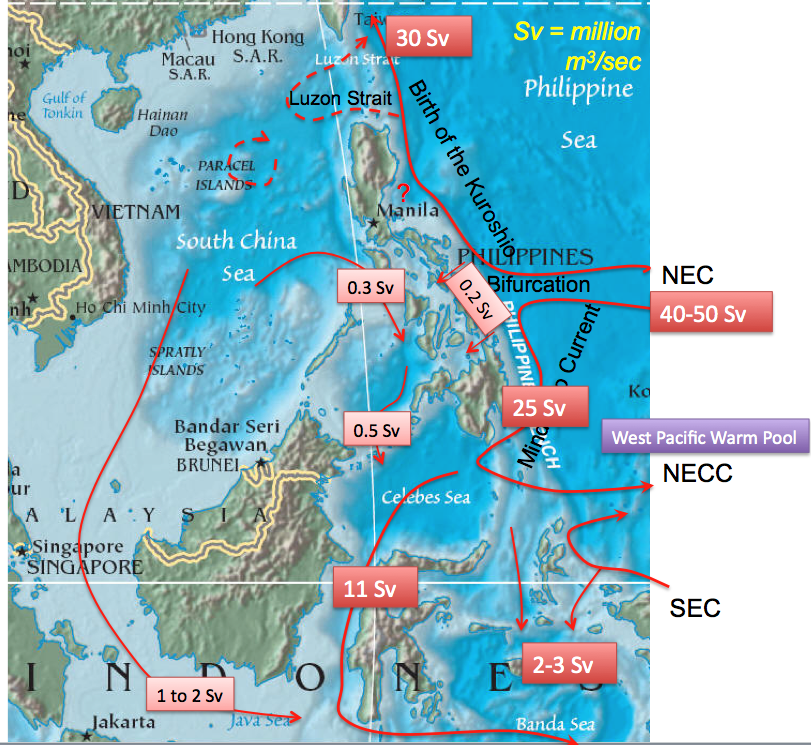 Air Asia 8501 - Some Factual Information - with translated BMKG weather report for the time and place of last contact.

Could A Fire Have Caused The Loss Of MH370?