W. Glen Pyle
Almost since the beginning of the COVID-19 pandemic, a piece of the SARS-CoV2 virus called the “spike protein” has drawn interest from researchers and healthcare professionals.

New research by Yuyang Lei and colleagues published in the journal Circulation Research sheds new light on how the spike protein might play a critical role in the widespread damage caused by SARS-CoV2, and offers insight into treating the complications of COVID-19.

Vaccine skeptics have seized on the study to cast doubt on the safety of vaccines. But a review of the study’s findings shows that the concerns raised by vaccine doubters are much ado about nothing. 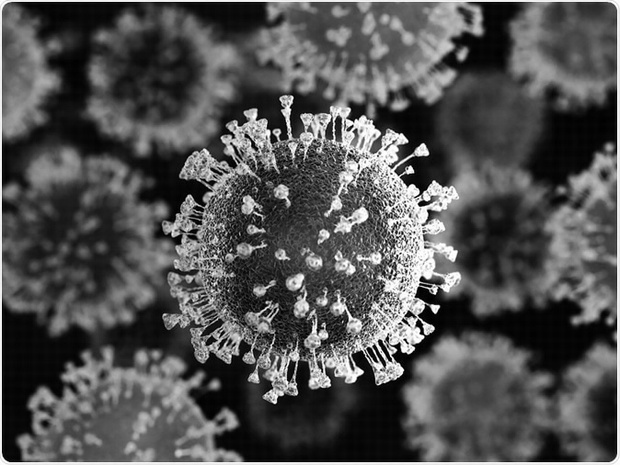 The vascular endothelium is an important player in the illness and death associated with COVID-19. The endothelium is a system of cells that line and protect the inside of blood vessels. SARS-CoV2 injures the endothelium leading to blood clots, heart attack, pulmonary embolism, and stroke. Despite the established link between COVID-19 and these cardiovascular complications, the mechanism by which they develop is unknown.

Researchers from Jiaotong University; the University of California, San Diego; and the Salk Institute used a pseudovirus coated with spike protein to investigate the effects of the viral protein on endothelial cells. Pseudoviruses – which were first developed over 50 years ago – contain the outer shell of the virus, but they lack the viral genes needed to reproduce.

Hamsters treated with the spike protein coated pseudovirus showed lung damage similar to that seen in humans infected with SARS-CoV2. When researchers added pseudovirus to cultured endothelial cells they found that the mitochondria inside the cells were injured. Since mitochondria are responsible for providing energy to cells, their dysfunction can cause cell death.

The novelty of this study was the discovery that the spike protein itself causes damage, and that the pathway triggered by the spike protein could explain the widespread cardiovascular complications that develop in COVID-19 patients.

The problem with these claims is that science doesn’t support their arguments.

The Long Road to Perdition

COVID19 vaccines are injected into the deltoid where they are taken up by muscle cells. The vaccine remains largely contained near the site of injection. Local muscle cells that take in the vaccine produce the spike protein and place it on the surface of the cell where it is recognized by the immune system. Vaccine that is not taken up by muscle is drained into the local lymph nodes where lymphatic cells absorb the vaccine and similarly make spike protein. The lymphatic cells are responsible for activating T and B cells, which are important steps in generating immunity.

In order to damage the endothelium of blood vessels, COVID-19 vaccines have to enter the vascular system and infect cells that circulate in the blood. Data collected by the European Medicines Agency shows that no significant amount of vaccine enters the circulation. The confinement of the expressed spike protein away from the circulatory system significant prevents it from causing damage to the vascular endothelium.

A research team lead by Dr. Barney Graham from the Vaccine Research Center at the NIH National Institute of Allergy and Infectious Diseases created an engineered form of the spike protein that is unable to make the shape change required to effectively bind to cells. The Pfizer/BioNTech, Moderna, Novavax, and Johnson&Johnson vaccines all use this inactivated spike protein, which means any spike protein that is produced by the vaccine is not able to be activated. This safety-switch limits the ability of the spike protein to bind ACE2 and limits its ability to cause damage.

Stuck in a Hole

The significance of the work by Lei and colleagues has been overshadowed by the concerns raised by vaccine skeptics. Their claims of a looming vaccine catastrophe brought about by vaccine-induced spike proteins fails to consider that the spike protein of vaccines is different than the natural form; that its engineered shape prevents activation; and that multiple elements confine spike protein expression to a highly localized collection of cells whose purpose is to activate the immunity vaccines are designed to produce.

Ironically, the same study cited by vaccine skeptics as proof of their arguments draws a very different conclusion than the negative ones they espouse. Lei and colleagues conclude their paper by noting that their study “suggests that vaccination-generated antibody and/or exogenous antibody against [spike] protein not only protects the host from SARS-CoV-2 infectivity but also inhibits [spike] protein imposed endothelial injury.” In other words, the spike proteins used by currently available vaccines actually offer a double layer of protection.