Hank Campbell
In September, the U.S. Food and Drug Administration held a public meeting to discuss FDA’s effort to modernize standards of identity as part the agency's Nutrition Innovation Strategy. 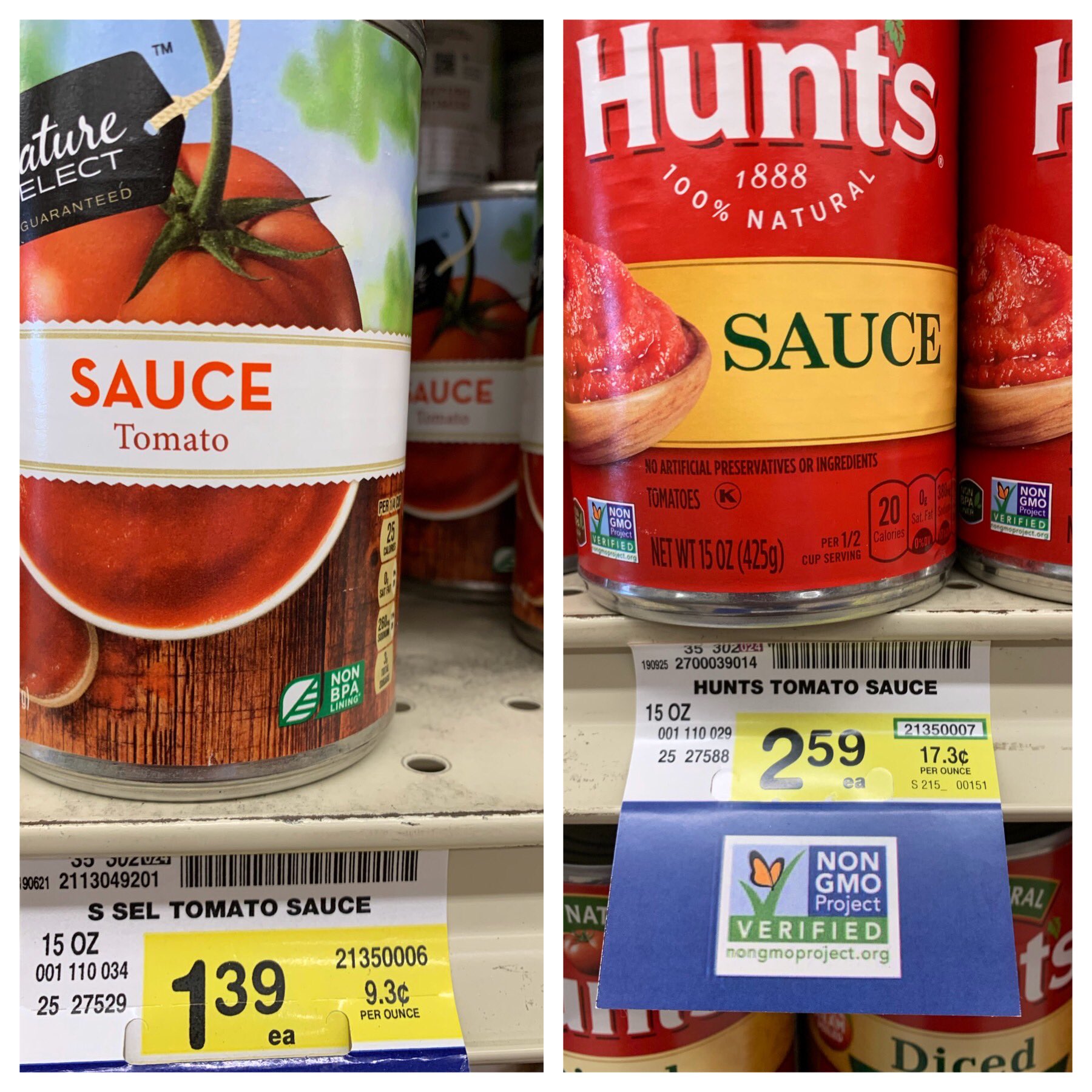 Non-GMO Project has sold its stickers for 50,000 products. Since there are barely more than a handful of GMO foods, this is fraud. And that they shamelessly exploit poor people for financial gain, if FDA did its job they'd be out of business. Credit: University of Hawaii Manoa Professor Douglas Vincent

Thank you for the invitation to submit comments on FDA’s recent meeting “Horizontal Approaches to Food Standards of Identity Modernization” as part of the Nutrition Innovation Strategy. I’m writing in regards to your publicly expressed interest in discussing horizontal changes that would better facilitate innovation.

The number one threat to innovation in the food industry is false and misleading marketing on food packages and associated websites in order to stigmatize biotechnology and promote food fads like “gluten-free” products that could never contain wheat or "Non-GMO" versions of products that have no GMO equivalent.

Two decades ago Kraft couldn't advertise how much milk was in its cheese slices due to implications it had equivalent calcium but today anything can claim to be milk, meat, or Non-GMO. Food labels have become the Wild West of dishonest advertising. Plant juice can be called milk, steak can be marketed as gluten-free and soybeans can be called meat. It may only be a matter of time until kosher-labeled pork and vegan chicken is on shelves. All of those have been made possible because our regulatory system chose not to enforce its marketing rules when organic food began to make health claims.

Package labels are a major source of false distinctions. I appreciate that FDA has been working to bring some clarity to the term “natural,” recognizing that the term is virtually meaningless - a marketing tool meant to woo wavering customers who have thousands more products to choose from than in the past. Addressing consumer confusion is a step in the right direction for the agency. But continued inaction on countless violations of industry guidance on biotech labeling is all the more puzzling in that light.

Many foods are paying to display the Non-GMO Project’s butterfly label and the company is happy to sell it – even when no GMO version of the products exist. This marketing symbol is used “to shrink the market for existing GMO ingredients and prevent new commercial biotech crops,” reports the Wall Street Journal. Even manufacturers of food that could never be produced through genetic engineering feel marketing pressure to advertise the fact.

This is explicitly against FDA policy and guidance—if you would only enforce your own rules.

In the absence of FDA protecting the public from spurious food claims, states are taking action, which may bring a patchwork of regulations across the nation. Louisiana and six other states have signed a truth in labeling law for food. No more vegan bacon, broccoli rice or other deceptive marketing practices are allowed.

FDA needs to act because the labels are having their intended effect. A recent study found nearly half of consumers avoid GMO-labeled foods. So why doesn’t the agency tell violators to cut it out?

FDA needs to announce that it’s going to give food manufacturers a deadline to get into compliance (including dropping the Non-GMO Project label), and then start sending warning letters to remaining users of misleading labels. You already have the authority and ability to enforce the truth. All that remains is the political will to do it.