Hank Campbell
A new report says that the alternative meat industry, plant-based products designed to look and taste like meat, raised $8 billion even during the pandemic. That's a big success.

They want more but oddly lament that most of their money comes from the private sector. They want the trillions of dollars in subsidies that solar and wind have gotten, claiming it will fight climate change. That's a big problem.

I am a fan of the industry, which is why I don't want them chasing government subsidies. If you look at the solar industry or cable, you see the problem government meddling creates for everyone but the wealthy. Instead of viable products that survive the rigors of the consumer market, we'll have garbage companies being propped up by political allies. We'll have public funds wasted like we have with solar and wind. I like science, I like technology, and alternative meat is both. I have no particular attachment to nostalgia about ranching or farming or any segment of agriculture. I am someone who, if I had my way, I would kill kill, grow, and process everything my family ate, with no one involved but me, but I recognize that it's no way to feed the world. 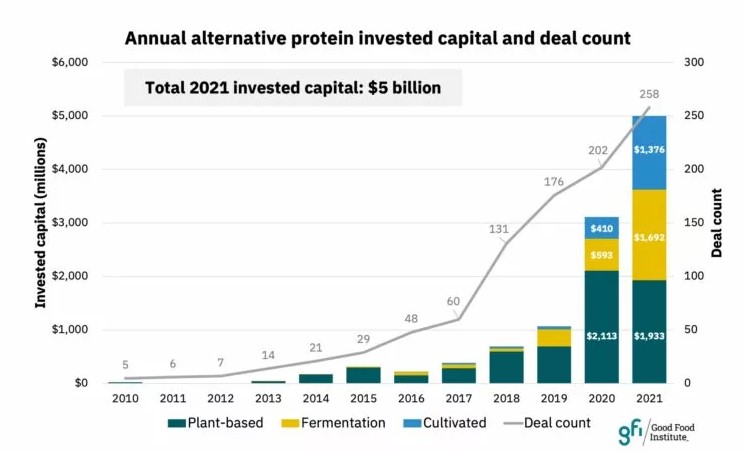 Neither are mandates and subsidies. They have done as much harm as good to farmers who are not allowed to compete in the private sector, and while it does prop up hundreds of thousands of small farms, it is a hard life for them, and one they stick to for reasons that are their own - but those reasons are not reasons for government to be involved.(1)

So I like the science of substitute meat, from lab grown to GMO organisms, but I always ask the awkward questions. Even about science I like. So here are some concerns and thoughts.

Government mandates and subsidies hold back progress. Ethanol is a running joke in the energy industry, and despised by car owners, because from the moment Vice President Al Gore broke a Senate tie (he later admitted he only did it to appeal to Iowa corn voters because he intended to run in the 2000 election) and forced this stuff on consumers, it has been held back by no need to innovate. Solar panels are the same way. If your company is being paid to make a product that is based on 1990 technology, you don't need to innovate because you are only competing on cost.

Alternative meat products are okay but anyway who claims they 'can't tell a difference' is fooling themselves or a terrible cook.

That is not to say they are bad, and the price is usually only a dollar or two more than real meat, but for mass uptake they need to be replacements, not alternatives, and government is the worst way to create that. Innovation is the best way.

Will this really fight climate change? Like epidemiology, which can tell you meat cures or causes cancer, even in the same data, it is easy to find cosmic claims about the 'emissions impact' of dairy and meat, but when you look deeper you find these are just guesses with misunderstandings of animal respiration and wild exaggerations because they know people in their political tribe will repeat it anyway. While we know agriculture has emissions, so does breathing and not freezing to death, and the emissions from one climate conference is equal to food grown for millions of people each year.

Defense lawyer pleas to citizens are not science but that is what more aggressive claims about emissions and meat are - calls to action, magnifying reality by 500 percent.

Whether meat alternatives fight climate change or not is irrelevant. That is right, irrelevant. My cell phone does not fight climate change but I don't still use a Motorola StarTac anyway. Anyone who uses an electric car thinking they are saving the planet is likewise deluding themselves because trillions of dollars in subsidies for solar power have not changed conventional energy usage at all.

And it is dangerous marketing. By noting their climate change benefit and asking people to buy it despite the high cost, their market is clearly skewing left, where the Whole Foods crowd claims to care more about everything than everyone else and believe overpaying for food makes them better people.

The problem is the left-wing demographic hates science. These companies are not pressing plant mulch into patties, they are using genetic engineering to create meat without animals, they are using science to replace meat and seafood. It is a spectacular feat but their target market believes oral tradition about food production, myths about farming they read on a phone or believe that their grandmother ate something she still would have eaten given a choice.

Companies hold themselves back trying to cater to people who claim on surveys to care more about emissions (in behavior, they do not) while showing in practice they hate the science that goes into a product.

Food is a necessity. Making it about anything else sounds like a money grab.

The founder of Whole Foods skews somewhere to the right of Ayn Rand politically. He understood two important things; left-wing people are richer and they will more often spend a lot extra if you convince them it is a "values" issue.(2)

I get marketing is selling the sizzle, not the steak, there is a reason people in it get paid so well, but just like Wild Turkey claiming their grains are Non-GMO(3), so scientifically uneducated hippies will want to buy it, it opens you up to criticism from the people most likely to otherwise embrace this. After progressives in science academia turned on Chiplotle for claiming they were non-GMO, the company lost a lawsuit claiming they were non-GMO, when the only thing non-GMO was the burrito. The soda, meat, and cheese were no different than any supermarket product - conventional food, which means GMOs for a lot. They got scientific criticism for that plus the suggestion that being non-GMO meant healthier; a weird stance when you are selling a high-calorie heart attack wrapped in aluminum foil.

But that's just it. When it comes to their own products, Chipotle denies epidemiology altogether. Ask a representative of theirs about IARC's processed meat claims and Chipotle becomes so pro-science they could write here.

A government grant is only validity to a particular demographic

If you are an academic of a certain age in America, you were steeped in the notion that only academic science is real science and the private sector is distasteful. Government grants mean legitimacy. Well, not really.(4) Government grants are often given to people who have had incremental success. If you do a bold experiment with an R01 grant and fail, your career is probably over. If you do a modest experiment and succeed, your chances of getting another grant go way up.

One of the key scientists behind the mRNA vaccines that just saved millions of people during the COVID-19 pandemic eked out an existence on half the salary of a tenured professor. The government did not think it was worthwhile to fund her. A few years ago, when Ebola was tearing through Africa, the NIH trotted to Capitol Hill and asked for more money to start working on Ebola. I noted that numerous successful candidates had been denied government funding while the NIH spent $330 billion on things like a video game to tell kids not to eat too much. And for $10 million that video game never got past the demo stage.

I have had to deal with government contracts, government grants, and venture capitalists and I can tell you the least arbitrary and most agreeable process is the venture capital route. They know a good idea when they hear about it and they want you to succeed. A government committee is often going to pick academics for all the wrong reasons and they're no smarter about private sector food, as Obama era mandates politicizing school lunches (more mandatory vegetarian meals, which meant more food thrown in the garbage) proved.

Solar and wind-type mandates sound great, and they are if you are a politically connected company, but this food technology is opposed by the politicians who want more money thrown at solar power. When a demand was presented by Congress to put warning labels on GMOs, it was by Democrats, with two Republicans in Democratic states added in to pretend it was bipartisan. Banning science is not bipartisan at all. It is stupid and both sides do it. So is holding back your business hoping the others in your tribe suddenly embrace genetic engineering.

(1) I am not against subsidies. Food is a strategic resource and competitors will use it strategically. Russia gets belligerent when oil prices are high because they made Europe reliant on eastern oil and food. Europeans were able to coo about their solar and wind and whatever else because the emissions from Russian gas are not 'charged' to Europe. The same goes with "organic" food. Russia has no external testing of any kind, and without a $50,000 machine no one could ever tell the difference between conventional and food grown using organic certified toxic pesticides. Environmental NGOs don't want to know if Russian food is really organic or not.

Mandates sometimes being necessary for a strategic resource like food does not mean mandates and subsidies the way they are done now are good.

(2) On money, it is clear. Here in California, a lot of people are griping that their taxes went up. The reason they went up is because the Trump tax changes impacted the wealthiest the most and helped the middle class and poor. When Biden undid it, and gave the middle class and poor a "credit" that was taxable last year, he hit them with a double penalty. 7 of the 8 states most impacted by the Trump tax changes were the wealthiest - and vote Democrat.

(3) When European conglomerates buy American bourbon companies, it's expected they will try to use the same anti-science gimmicks that Europeans choose to believe.

Alcohol is a legitimate class 1 carcinogen, determined long before the International Agency for Research on Cancer (IARC) was overrun by kooky epidemiologists "consulting" for environmental groups and trial lawyers, and it directly kills nearly 100,000 Americans each year. In over 40 years of use, GMOs have killed 0. 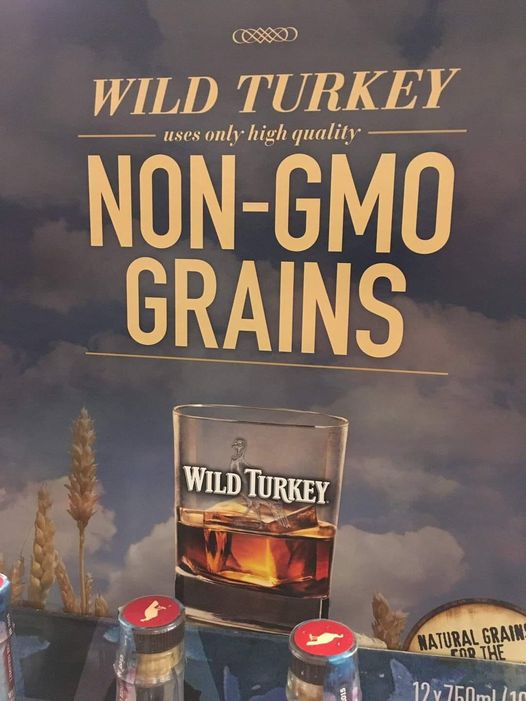 (4) Millennials (and Canadians) are so practical now they are old school. Before Reagan created the modern science academia problem (ironically, by being the most pro-science president of the 20th century), universities, armed with unlimited student loan money courtesy of Democrats in Congress mandating every child could go to college, began to aggressively promote that university science was ethically superior, and government did the same, spending $7 billion in taxpayer funding since 2000 to encourage college students to stay in college and get a PhD and do academic research.

The result has been 6X as many PhDs as there are academic jobs, the average age of an R01 grant recipient has gone up into the 40s, and post-docs are competing to work for nearly nothing just to stay at a university. Some academic labs will even only 'hire' a PhD if the PhD brings their own funding.
Science 2.0
More Articles All Articles
About